UR STORY BEGINS IN 1962 with the opening of Calandra’s Bakery in Newark, New Jersey.  Luciano Calandra, an Italian immigrant, had been in America for just five years when he went into business for himself and opened a small Italian and French bakery. Mr. Calandra and his wife Ortenza worked hard day and night, and their bakery quickly developed a reputation for producing delicious bread.

The business took off and soon after Mr. and Mrs. Calandra’s two sons, Anthony and Luciano Jr., began working in the family business.  Not only did Mr. Calandra teach his sons the inner workings of the bakery, but he also instilled in them his business principles: a strong work ethic, an emphasis on family, and a belief that the customer is always right.

Today, Calandra’s Bakery in Newark is a 50,000 square foot operation and the family now has two additional bakeries, one in Fairfield and one in Caldwell.  The three bakeries deliver their products to more than 500 supermarkets, delis, and restaurants in the tri-state area.

In addition to their bakeries, the Calandra family now owns and operates several hotels, restaurants, and apartment buildings in northern New Jersey.  The family also produces and sells their own line of olive oil, coffee, fresh pasta, homemade sauces, and wines from their vineyard in Italy.

Although the family’s business has grown substantially since 1962, two things remain unchanged: Calandra’s Bakery is still synonymous with delicious bread, and the family remains driven by hard work, traditional family values, and a focus on customer service.

Make a Reservation
Powered By:

MONDAY NIGHT ALL NIGHT HAPPY HOUR!
4:30pm to closing!Dine off our special bar menu & discounted pricing on most drinks, wines, and beers.

HAPPY HOUR - TUESDAY-FRIDAY
4:30pm until 6:30pmWe offer a bar menu in addition with discounted pricing on most drinks, wines, and beers. THE PERFECT GIFT
Gift Cards for Calandra’s are available starting at $25. SIGN UP FOR OUR NEWSLETTER
Be the first to learn about specials and events. 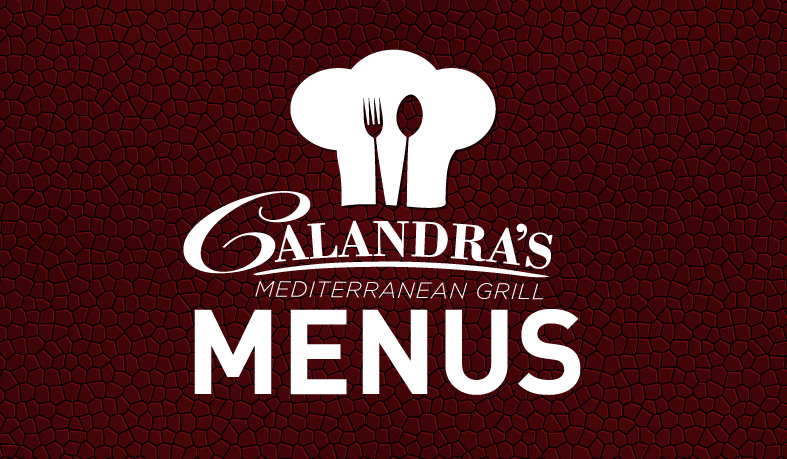 SEE WHAT’S ON OUR MENUS
With so much to choose from, you want to give yourself extra time to peruse our menus.

Learn more
More from Calandra’s
We own and operate three restaurants and three bakeries in northern New Jersey and also produce our own line of olive oil, coffee, fresh pasta, homemade sauces, and wines from our vineyard in Italy. Click here to learn more | Accessibility Statement
Contact Us